Alumni Profile: Justin Brannan of Indecision and Most Precious Blood

Whether it’s Jello Biafra running for mayor of San Francisco or anarchist zines that support systematic change, punk rock and politics inherently go hand-in-hand. Known for shredding in Most Precious Blood and Indecision, Justin Brannan went from playing sick breakdowns to becoming one of the most respected young Democrats in the New York area. His change in job title is something I can relate to; following the breakup of my last hardcore band, I worked as a communication specialist for the Washington State House Democrats. Instead of being an idle armchair punk with strong opinions to share on the B9 Board, I was helping facilitate change on the homefront – even if that meant setting aside my own cynicism.

Brannan is still very much an involved activist and works with the New York City Department of Education. A member of the PRMBA Alumni, Brannan gives us the low down on how being in in one of the most respected hardcore bands has helped him help the community that he represents.

Give us your life story in a few sentences: who are you, what is/was your involvement in punk/HC/DIY culture and what is your “real job”?

My name is Justin Brannan. I was born in Brooklyn back in October of 1978 on the night Devo debuted on Saturday Night Live. I taught myself how to play guitar and played my first show when I was 14. I started Indecision in 1993, put out a bunch of records and toured the world. When Indecision broke up in 2000, I started Most Precious Blood and we did it all over again. Both bands are still around for fun and play shows from time to time when we can. I also played guitar in The Judas Factor and Milhouse for a little while.

Currently, I work in New York City government for the Department of Education which is the largest school district in the United States, serving 1.1 million students in over 1,800 schools.

What did you learn from your time in DIY culture that has helped you in a professional capacity?

Just about everything. Literally and figuratively. I really grew up on the road. I turned 18 on tour in Germany and the time I spent traveling the world with my best friends prepared me for just about everything that followed. It made me inquisitive, understanding, and unafraid. It taught me if I wanted to achieve something, the only obstacle was my own free will. It taught me to question the answers and never give up on searching for the truth or purpose or meaning in the very things others often take for granted. It taught me how to listen and learn from others and their different viewpoints. It opened me up to so many things.

I pride myself on being someone people can count on to get things done. And when you’re out on the road and it’s just you and your friends vs. the world, you learn how to handle just about anything because no one else is going to handle it for you. I can honestly say that sleeping on the floor of a squat in the middle of Basque Country gave me everything I needed to sit across from a billionaire years later at the Four Seasons, look her in the eye and ask her for a sizable donation to a humanitarian charity I was working for.

Life on the road in an underground band just prepares and educates you in a way that nothing else can. It removes all pretense and culturally ingrained sense of hierarchy and status. Not in a disrespectful way but in a way where you only see others as equals, as fellow human beings. You approach everyone in the same way – with respect and understanding so that you are never intimidated by things that might daunt or dishearten others.

I take great pride in knowing that “DIY” originated in the punk & hardcore scene. Now it’s a household term but it all started with creative kids looking to get their message out to the world. We didn’t have anyone to rely on or show us the way, so we figured it out as we went along. “DIY” wasn’t a choice, it was our only option. 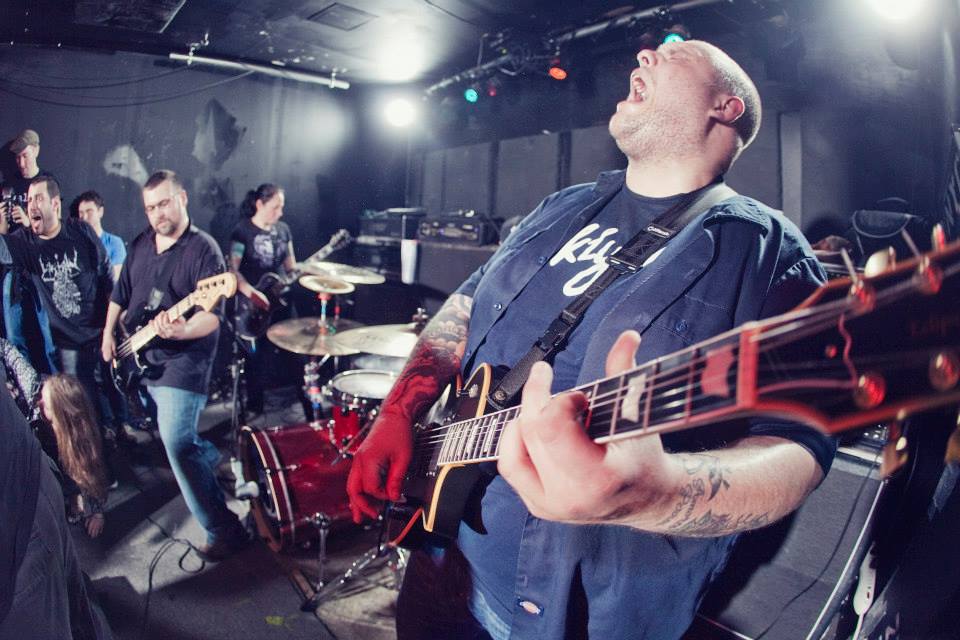 Indecision ripping it up

On the flip side of that coin, are there any bad habits or bad ideas that you picked up that have held you back professionally?

I eat too fast. I tend to eat like we’re at a rest stop and already an hour late for the next show – that’s definitely something I picked up on tour. Being able to fall asleep just about anywhere is also something I had to learn on tour but I think that’s a habit I enjoy.

I also spent 10 years touring the world while others were building their careers, getting married, starting a family and doing all the stuff people who don’t tour the world in hardcore bands do. I don’t have any regrets but once you stop touring full-time and it’s time to get back into the “real world”, you definitely feel like you’re starting from behind. But it’s all about your own personal journey and perspective. Maybe I was starting from behind because I hadn’t gone into a career straight out of college but I also wasn’t living according to any calculated or traditional life calendar either. There are no rules when it comes to living your life. That’s why it’s your life; you make up the rules. You decide when it’s time to start a family or get married or whatever it may be.

The things I learned and experiences I had were priceless. I think my impatience only helps me get things done faster and more efficiently now in my career in government. I have very little patience for unnecessary red tape and paralyzing bureaucracy. I want people to see the power of government and how it can help and not hinder them; how the primary role of local government should be to advance equity so that all people have the same access and opportunity. That we do best when everyone gets a fair shot, does their fair share, and plays by the same set of rules.

I like getting things done and moving on to the next challenge and undoing the next knot. I’ve got my late father’s Irish salesman work ethic. We’re not happy unless we’re working.

What was the transition like going from a financial giant like Bear Sterns to moving into a not-for-profit?

Bear was an unconventional place. They used to tell new employees that they didn’t care if you had a Wharton MBA, they only cared if you had a PSD – Poor, Smart and Determined. So I fit in nicely because I was all of those things. There were a lot of artists and creative people working there – sort of undercover. That’s where I met my wife – who was also an artist working in finance to make ends meet. It was a great environment. There was of course your typical corporate structure and hierarchy but it was very open. If you worked in the mailroom and had a great idea, the CEO wanted to hear about it and his door was always open. I never really believed in the idea of a “corporate culture” and it wasn’t until Bear imploded and I was offered a job at another firm that I realized how different Bear was and how robotic some of these other firms were. So I guess it wasn’t all that strange to go from touring in a van to high finance because there were a lot of people working at Bear who came from a very unorthodox background. The CEO of Bear started out as a scrap metal salesman; he got into finance through a friend he met playing poker.
I just needed something more rewarding than making money; I wanted to feel like I was helping people do more than just grow their portfolio or whatever so I got into raising money for humanitarian organizations. That felt better to me.

You’re a lifelong Brooklyn resident, for the administrations you have been a part of, have you found yourself trying to balance its preservation and progress?

In recent years, all five boroughs have been experiencing remarkable growth as more and more people move to New York City – and as we all know that progress brings some concerns. But the values that make our neighborhoods special and unique don’t have to be lost. As long as we continue to strive to preserve the unique character of our neighborhoods, by respecting the context of the existing area, then us natives will have nothing to fear as developers create more room for new residents and our neighborhoods will reap the benefits through the growth, expansion and enhancement of its commercial, cultural and civic profiles.

Mayor de Blasio has laid out a 5-borough, 10-year plan that will mobilize people and resources from every corner of the city behind a singular purpose: to make New York City a place where our most vulnerable, working families and the middle class can all thrive again. That’s what Brooklyn – and New York City is all about. Being a home to everyone from everywhere. If we can preserve that, then we’ll be making progress.

At the moment, you have a role with the Department of Education and a solid background in education itself, do you see yourself moving beyond supporting officials and campaigning for a public office?

Maybe someday. I really love helping people – it’s the only reason I even got into politics. I just want to continue doing that. In whatever form it takes. I feel that the primary role of government is to advance equity.

Ryan Pangilinan
I'm a social marketing strategist with agency and startup experience. Some of my clients have included Acer, AT&T, Discover, and Microsoft. I host the Faster Than the World Social podcast, where I explore the intersection of art and commerce. In addition to the Punk Rock MBA, my writing has appeared in Seattle Times, Gawker, Redefine Magazine, and NW Asian Weekly.
Love0 Share Tweet Share 0 Share Pin